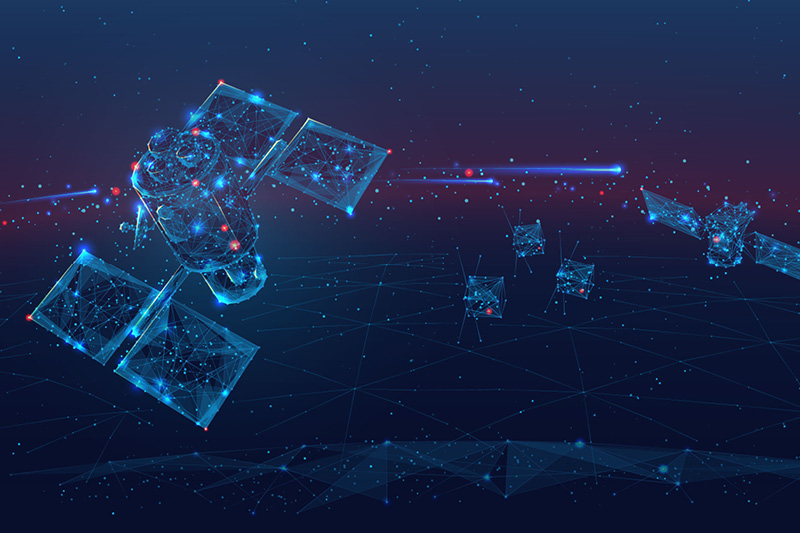 APR Technologies has started a new development project based on its patented Electrohydrodynamic (EHD) technology. In recent headway for the project, APR has been granted SEK 1.5 million from the Swedish National Space Agency to investigate different aspects of EHD-pumped two-phase loops, as a complement to the EHD-pumped single-phase loops that are also under development. The pumped loops are intended to be used for thermal control in space applications.

A two-phase EHD-pumped loop can basically replace and enhance thermal control systems today used in satellites based on loop heat pipes (LHP), capillary driven pumped loops (CDL), mechanically pumped loops (MPL).
An advantage of two-phase loops over single-phase variants is that a much larger amount of heat can be transported, since the two-phase loop is operated by using latent heat from vaporization rather than only warming up the liquid. Since a lower mass flow is needed, the total mass of the system can be reduced compared to single-phase systems. While there are some challenges connected to this development, if it is successfully implemented it would allow for a more efficient pumped loop which can transport much larger amounts of power over longer distances with a lower delta temperature. This will significantly increase the scope of viable applications and market potential.

As APR Technologies have not previously worked with two-phase pumped loops, there are a number of aspects that have to be investigated, especially when using an EHD pump. This includes fluid selection, taking both performance, safety and handling into account, pressure interaction between the different parts of the loop, finding the most suitable design for the overall system and ingoing parts, not least the optimization of the EHD pump design for two-phase systems. Technical requirements, safety and handling, market viability and potential customer needs are also to be assessed. The goal is to establish a solid foundation for future product development in the segment. As part of this, a breadboard demonstrator will be designed and built, enabling additional tests and development towards specific customer applications in future projects.

In order to get good technical input on requirements, system design and technical details, as well as access to suitable test facilities and equipment, APR Technologies will collaborate with two European partners in this project. These partners will contribute knowledge of general thermal control systems and different types of two-phase pumped systems. 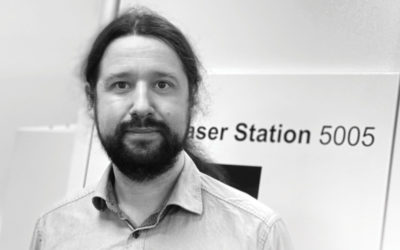 As part of APR Technologies' development journey and ambition to reach new heights in 2023, we are pleased to welcome Henrik Löfgren as our new Chief Technology Officer. ”It will be extremely fun to take on this role, not least considering the exciting phase the... 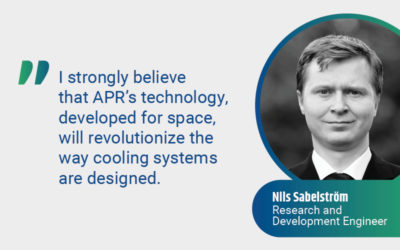 Within our concept “Meet the APR team”, APR Technologies employees get to share their experiences, knowledge and trend research within their field of work. Here you get to meet Nils Sabelström, Research and Development Engineer! Tell us a little about yourself and... 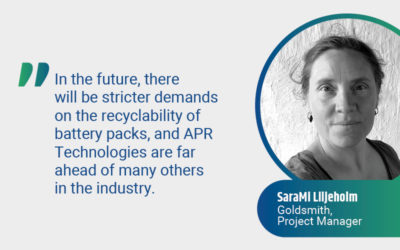 Within our concept “Meet the APR team”, APR Technologies employees get to share their experiences, knowledge and trend research within their field of work. Now it’s time to meet SaraMi Liljeholm, Goldsmith & Project Manager! Please tell us a little about yourself...